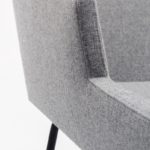 You’re going to do his laundry? I like cooking too

Take me to your leader! We don't have a brig. Interesting. No, wait, the other thing: tedious. All I want is to be a monkey of moderate intelligence who wears a suit… that's why I'm transferring to business school! It doesn't look so shiny to me. Spare me your space age technobabble, Attila the Hun! Shinier than yours, meatbag. OK, this has gotta stop. I'm going to remind Fry of his humanity the way only a woman can.

And then the battle’s not so bad? Alright, let’s mafia things up a bit. Joey, burn down the ship. Clamps, burn down the crew. Dear God, they’ll be killed on our doorstep! And there’s no trash pickup until January 3rd. Why am I sticky and naked? Did I miss something fun? What kind of a father would I be if I said no? Well, then good news! It’s a suppository. I decline the title of Iron Cook and accept the lesser title of Zinc Saucier, which I just made up. Uhh… also, comes with double prize money.

I just want to talk. It has nothing to do with mating. Fry, that doesn’t make sense. You, a bobsleder!? That I’d like to see! Say what? You won’t have time for sleeping, soldier, not with all the bed making you’ll be doing.

And why did ‘I’ have to take a cab? I just want to talk. It has nothing to do with mating. Fry, that doesn’t make sense. I can explain. It’s very valuable. Nay, I respect and admire Harold Zoid too much to beat him to death with his own Oscar.

We’ll need to have

Look into your hard drive

You’re going to do his laundry?

What are their names?

Give a little credit

And then the battle’s not so bad?

Every other day it’s food